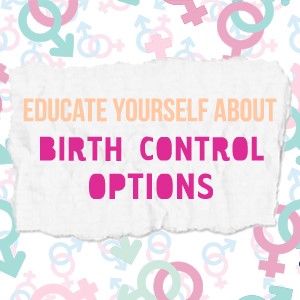 Approximately half of the 6.5 million pregnancies in the United States each year are unintended.  Though some are welcomed though unexpected, many lead to financial difficulty for couples, ruined teenage lives, domestic violence and abortion.  It is a goal of many health care providers to diminish the number of unintended pregnancies, so as to allow women to pursue their education, their interests and careers unencumbered by preventable life changing events.

Birth control should be safe, effective and low maintenance.  To that end, a push is on through our professional societies to encourage the use of long-acting, reversible contraceptives or LARCs.  Two examples of these contraceptives are skin inserts and intrauterine devices or IUDs.  This discussion will focus on the IUD.

The intrauterine device has a long history.  Supposedly, the first IUDs involved the placing of stones into the womb of a camel to prevent their procreation on long caravan rides through the desert.  We’ve come a long way since then with three popular IUDs, the Mirena, the Skyla and the Paragard. They consist of a small plastic “T” which is inserted into a woman’s uterus during a short office visit.  The Mirena and Skyla have a small amount of progesterone which thins the lining of the uterus to prevent conception.  A popular side effect of this IUD is lighter, less painful periods, which at times can disappear completely while the IUD is in place.  The Mirena is effective as a contraceptive for five years while the Skyla is effective for three years.  They need to be replaced by their expiration dates.  The Skyla only differs from the Mirena in that it is smaller and better tolerated in a woman who has never carried a pregnancy.  If a woman wishes to become pregnant before the five years is up, a simple office procedure is needed to remove the IUD.  Fertility returns almost immediately.

The Paragard contains copper which acts to destroy sperm and prevent conception.  It does not affect the period and can be used effectively for up to ten years.  The insertion and removal is the same as with the Mirena.  Complications are uncommon and the IUD is enjoying a jump in popularity in the United States.  As is often the case, Europeans have embraced the IUD in larger numbers for many more years. I would encourage you to discuss this contraceptive option with your health care provider.